On autism & the performing arts

Being on the autism spectrum

To begin this page it might be worth reading someone's personal account of being on the autism spectrum, and training within the performing arts:

As someone with Asperger's Syndrome, I find the opinions on representation to be largely situationally subjective, as everyone's experience with autism is different. I personally struggle to find my own representation within the media and performance, but that's because I have different symptoms to any character I have so far found. There are, of course, a few crossovers, but it really is up to how the individual sees it.

There are also certain charities and organisations to avoid, as some look to "cure" or "fix" those with ASD (Autism Spectrum Disorder) .. so people need to look for certain language or motifs. What is this book/article trying to teach? Is it trying to tell you how to change the person with ASD, or change how you interact with them? Trying to change the person with ASD can be very harmful, leading to bottled emotions and anxieties, and can deteriorate mental health.

There is also a massive push nowadays for writers and directors to include actors with ASD in order to really help understand the disability and avoid misrepresentation,. Educating our actors on this would be brilliant as it would instil these practices from an early stage in their careers.

I also think there needs to be a push to educate the tutors as well as the students on how to interact with, and teach those with, ASD...
On a basic level they need to be willing to provide some extra time and support. Alternatively they
expect us to be "flexible in our learning" when our disorder in its most basic form means we struggle to do so. 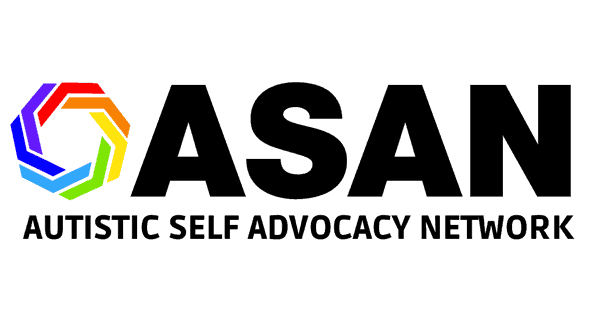 They released the Navigating College handbook in 2011, the Loud Hands anthology in 2012, and both the Empowering Leadership guide for disabled students and an Autism Acceptance e-book in 2013.
https://autisticadvocacy.org/resources/

^ There are a few different books in here, some talk about changing the system and others are more supportive for those with ASD.

BUT mindful of the fact that "There are also certain charities and organisations to avoid" it is worth reading the following article on Autism Speaks:

In their landmark papers, both Kanner and Asperger employed a series of case histories to shape clinical insight into autistic disorders. This way of introducing, assessing and representing disorders has disappeared from today's psychiatric practice, yet it offers a convincing model of the way stereotypes may build up as a result of representations of autism. Considering that much of what society at large learns on disorders on the autism spectrum is produced by representations of autism in novels, TV-series, movies or autobiographies, it will be of vital importance to scrutinize these representations and to check whether or not they are, in fact, misrepresenting autism. In quite a few cases, media representations of talent and special abilities can be said to have contributed to a harmful divergence between the general image of autism and the clinical reality of the autistic condition.

... if you grab my hands, if you grab the hands of a developmentally disabled person, if you teach quiet hands, if you work on eliminating “autistic symptoms”    and  “self-stimulatory behaviors,” you take away our voice ...

The comments are just as interesting as the actual read:
I love this post. It’s why I’ve never tried to control how my son moves his body, expresses himself through his movements. It’s why I’ve never learned the phrase ‘quiet hands’ and have never told my son to stop flapping, jumping, hopping, dancing, or talking. It’s why I’d rather home-school him than get him ‘table ready.’ Just because it looks different doesn’t make it wrong. Thank you for sharing this story. It should be passed around to everyone.

Moss H.  My Autistic opinion: Atypical is a stereotypical representation of Autism. HuffPost Aug 11, 2017.
Sam is ... a perfect stereotype. [Except] nobody is a perfect stereotype in real life. Sam simply misses every social cue, finds every excuse possible to talk about penguins and Antarctica, and appears inherently selfish and inconsiderate... He ignores people’s feelings, and every line of dialogue he has somehow involves a social misstep. With autism, it isn’t always this obvious ... These stereotypes are damaging to autistic people, their families, and their friends. Instead of helping us, the show hurts us by falsely portraying us as creepy, insensitive, and just really awkward.

I'm an Autistic Woman, and Bones Is the Only Character Like Me on TV | Glamour

Hart Hanson based the TV version of Temperance Brennan on a friend diagnosed with Asperger's Syndrome, a condition on the autism spectrum. The character may display some traits associated with the diagnosis, and actress Emily Deschanel has implied that Brennan has Asperger's Syndrome. Because Bones was made for network television, Hanson ruled against specifically stating that Brennan had autism. However, Hanson added, "If we were on cable, we would have said from the beginning [that she did]." TV has come a long way in a little over a decade.

Is Freddie Highmore from 'The good doctor' really autistic? Earn the Necklace / Amrutha Srivatsa. October 24, 2017.
My review of 'The good doctor' as an adult with autism. Autism speaks / Kerry Magro. September 4, 2018.

The curious incident of the dog in the night-time

Fifteen year-old Christopher has a mystery to solve. Someone has killed the next-door neighbour’s dog with a garden fork and Christopher is a suspect. Determined to discover who killed Wellington and going against his father’s wishes, Christopher begins an investigation into the dog’s murder, asking questions, and recording his findings in a book. Though he has never previously ventured alone beyond the end of his street, Christopher’s detective work ends up taking him on a frightening journey that tears apart his once-familiar world.

Documentary from Digital Theatre+
This one-hour BBC special, made in collaboration with the National Theatre, examines how Mark Haddon’s critically acclaimed novel was turned into a multi-award-winning theatre production.

Amy Schindler's play Burning bridges is a drama about a young woman livign with autism, and how her behaviour affects those closest to her.

Vivian is an anthropologist at the top of her field. She craves solitude - motherhood was never an option. But when forced to care for her estranged teenage daughter, Lucy, her life is turned upside down. Lucy is autistic...and might be the next step in Vivian's evolution.

What the Hell Is Going On in Sia's 'Music'?

This island's mine & Flute Theatre

This inspiring short film examines ‘The Hunter Heartbeat Method’ developed by Kelly Hunter, which uses games derived from Shakespeare’s poetic exploration of the mind, eyes, reason and love to release communicative blocks within children with autism.

Flute Theatre is a touring theatre company which performs the works of William Shakespeare to international interactive audiences mainly composed of people who could not ordinarily access the performing arts such as children with autism and their families.
Who we are – Flute Theatre

Recently, innovative endeavours are providing greater accessibility to theatrical productions for people with autism spectrum disorder (ASD), prompting ethical questions about how accommodations to provide access to art and culture should be made, and for whom. Autism, art and accessibility to theater / Blythe A. Corbett.
AMA Journal of Ethics 2016;18 (12):1232-1240.

This chapter demonstrates how scenography may be ‘expanded’ into therapeutic applications. The focus is the affective space of scenography within Imagining Autism : Drama, Performance and Intermediality as Interventions for Autistic Spectrum Conditions (2011–2014), a project run at the University of Kent.

Some performing arts people with confirmed Asperger's or Autism:

Dan Aykroyd – Comedic Actor
“My very mild Asperger’s has helped me creatively,” says comedic star Dan Aykroyd.
“I sometimes hear a voice and think: ‘That could be a character I could do.’”

Tim Burton – Movie Director
Tim Burton’s long-time partner, Helena Bonham-Carter, is convinced that the legendary director has Asperger’s. “You start recognizing the signs,” she has said. “We were watching a documentary about autism and he said that was how he felt as a child."

Paddy Considine - actor
In April 2011, Considine revealed that he had been diagnosed with Asperger syndrome. Although initially reassured by the diagnosis, he continued to struggle in social situations until he was diagnosed in 2013 with Irlen syndrome.

Rick Glassman - actor
My good friend, Rick Glassman, comes on and gets personal about his struggles with autism.

Temple Grandin – Animal Scientist (see films above)
Grandin has autism, but it would be hard to call her condition a disability. She has a Ph.D. in animal science and has spearheaded some of the most important and revolutionary ideas in livestock handling of the past century. Indeed, Grandin's innovative ideas were made possible by her unique way of seeing the world. Still, life as a woman with autism is not without its challenges. For Grandin, relating to other people with conventional brains – "neurotypicals", as the autism community often calls them – can be very difficult.

Daryl Hannah – Actress & Environmental Activist
Daryl has been fairly public with her childhood diagnosis of Asperger's. She has said that her autism has made her incredibly shy and fearful of large events. It is perhaps because of this that she now mostly stays clear of Hollywood.

Dan Harmon - Producer & Writer
Has never been formally diagnosed with Asperger’s syndrome, but he’s convinced that he has it. “I started looking up these symptoms, just to know what they are,” he said, “and the more I looked them up, the more familiar they started to seem.”

In 2017, Anthony Hopkins was interviewed about his troubles with addiction and Asperger’s. Anthony Hopkins’ autistic diagnosis, more specifically Asperger’s, was diagnosed late in life.
He told the reporter he was a loner and said:

“I don’t go to parties, I don’t have many friends…But I do like people. I do like to get inside their heads.”

When asked if his Asperger’s helped him as an actor, he said:

“I definitely look at people differently. I like to deconstruct, to pull a character apart, to work out what makes them tick and my view will not be the same as everyone else. I get offered a lot of controlling parts, maybe because that’s how people see me. And maybe I am very controlled because I’ve had to be. I don’t question it, I just take the parts because I’m an actor and that’s what I do.”

Matthew Labyorteaux - Actor
Matthew was diagnosed with autism at a very early age.. His mother Frankie told People magazine that “He slept standing up in his crib, and when anyone would try to pick him up he would scream and try to get away.” Labyorteaux has had a very successful acting career from a young age.

Courtney Love - actor, musician and was the wife of Kurt Cobain. Diagnosed as 'mildly autistic' when a  young girl.

Jerry Newport - American author and mathematical savant,
An author and public speaker with Asperger syndrome whose life was the basis for the 2005 feature-length movie Mozart and the Whale (see films above). He is also a savant with the ability to perform difficult mathematical calculations in his head.

Freddie Odom Jr. - Actor
In March 2012, as a City Councilmember, Odom came out as an autistic person. He was subsequently elected Mayor of Bluffton, Georgia. He has published a book about his experiences entitled They Can Kill Me, But They Can't Eat Me.

Kim Peek - inspiration for movie Rain man (see films above).
The story of Kim Peek, the real Rain Man
While he did not have the motor skills to button up his own shirt, Peek could perfectly recall the contents of 12,000 books.

Sue Ann Pien - Actor and Albert Rutecki - Actor
Star with Rick Glassman in the comedy drama series On the spectrum in which three roommates on the autism spectrum find a way to live together and strive for similar things in life.

Billy West - Voice actor
A voice actor, comedian, musician and radio personality with Autism and ADHD. He revealed his autism diagnosis in an interview in 2019.